What He Said: Jabari 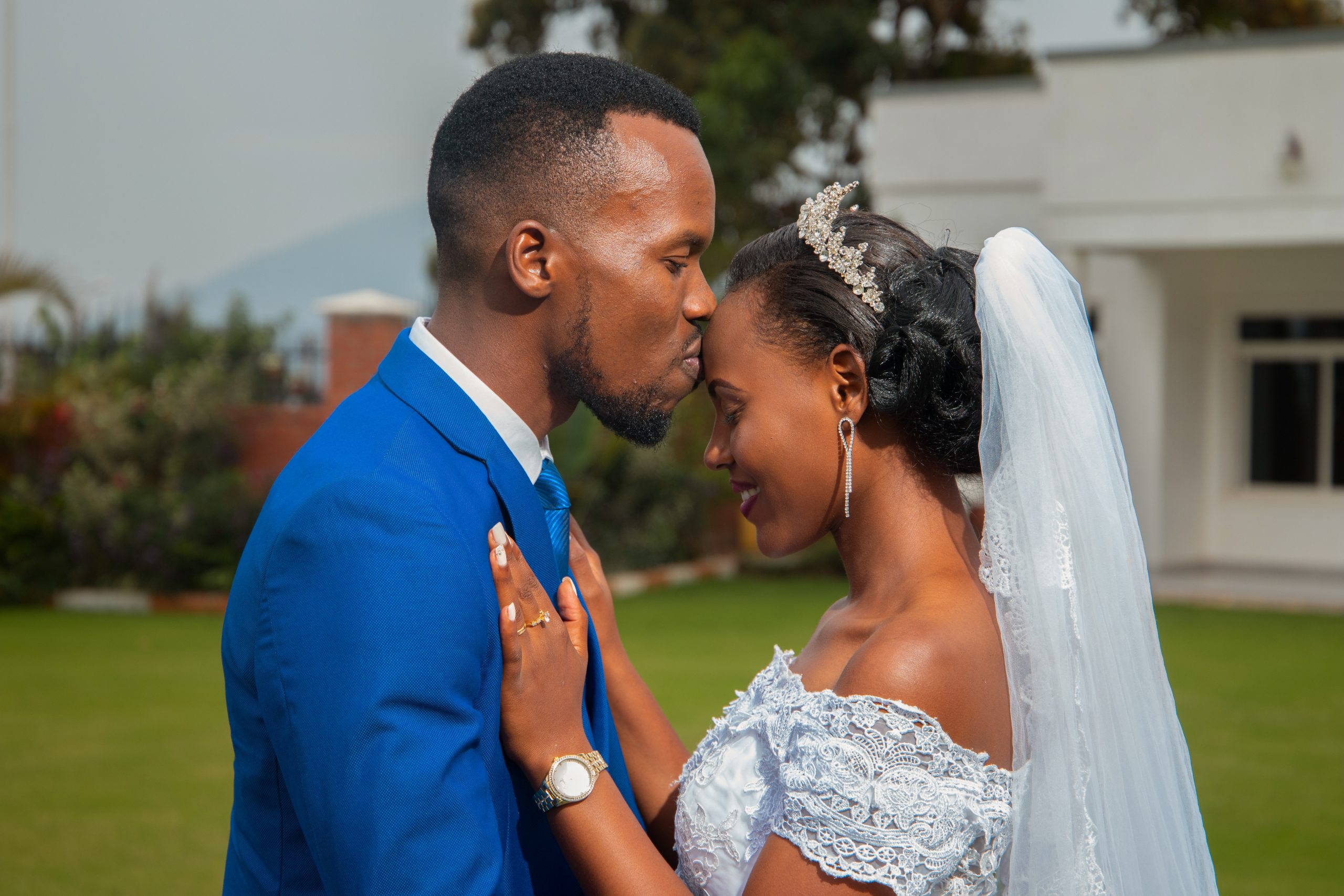 What He Said: Jabari

I am a person that values friendships very much, and because of my character, I tend to have lasting ones.

One such friendship was the roller coaster of me and Kimona.

Kimona was one of my longest, most eventful friends.

I knew her from High School and even though we didn’t attend the same schools after high school,

we found a way to make our friendship work straight into adulthood.

because she was more street smart than books smart and in this culture, that stands for something.

Kimona was not your typical “browning” she was savage, fierce, a little bit controlling, crazy but at heart a sweet gem.

She had a smile that could win any heart, a punch that could knock out a monster and legs for days.

She was my bad biatch and I loved her.

As the years went by our friendship went through many trials but they always weathered the storms.

I think it was because of that reason, why she decided to offer me a place in her bridal party when her man,

Jabari Jenkins proposed to her on their 2nd year relationship anniversary.

Jabari, oh Jabari! was a tall glass of dark chocolate that glistened when the sun hit him from the right angles.

He was respected among the business fraternity and his peers, even strangers.

He was a good man, well as far as we as friends could see and as far as Kimona explained,

so we were very happy when he popped the question.

We knew our girl would be aight.

It seemed like Jabari had ulterior motives because the date for the wedding was set just 6 months after the proposal.

A guy was ready to make a wife out of Kimona but was Kimona ready to be anyone’s wife?

It was like when she got engaged, a light bulb went off that she should make up for the rest of her life that she would only be getting one dick.

There was Howard, Zeek, Christian, and Bianca.

Not in that order and not always just one at a time but hey, it wasn’t my vagina nor my conscience, I was just the innocent bystander and sometimes witness.

The best part of those 6 months was the fact that

I got the opportunity to mostly be out of my house because my man was just, an irritating piece a shit.

so even though I was an alibi she used to hook up with Zeek & Briana or with Christian, I sure didn’t mind at all.

It was the night before the big day and of course, all the necessary parties were present.

Bridesmaids, Groomsmen, Mini Bride, Ring bearer, Flower Girl, Close friends and family, and of course our chefs for the evening.

Jabari believed that the friend circle that has been created between all of us were friends that have become family,

and so having us in his home was the most appropriate idea for this pre-wedding dinner celebration.

The food looked juicy and inviting and as well all sat down to eat and lyme I realized that our little family was a force to be reckoned with.

But everything that glittered was certainly not gold.

As the night was winding down and the kids were off to bed, a few of us were by the poolside having some last drinks

and reminiscing on Jabari and Kimona’s relationship.

How they met, how the first few months were, how she freaked out when he had to go away for 6 months due to business.

The empire that they were building and how life would be like as a married couple.

As we were all drinking and laughing at the story of how they met, Jeneka blurted out

There was an abrupt silence from everyone as she continued to laugh it off.

“You still couldn’t be in my place Jeneka.”

“I realize that even years after you haven’t figured out that we couldn’t see the parking lot from inside the club, lol” Kimona responded

At this point, Jabari got up and said “Another round?”

That was a can of worms we never wanted to open because really and truly,

we were having a girls’ night out 2 years ago, Kimona, Janeka, Fiona & I, when we saw Jabari walking over to us.

In truth, he could have been coming over to anyone but Kimona thought on her feet the quickest,

got rid of Jeneka and then Fiona and I well we just stood there as she stopped him in his tracks and introduced herself.

The rest is history because here we are.

Really, was he even coming over to her or maybe another one of us? only he could tell and tonight was not the night for that type of truth.

We finished off the night about 1 a.m. and headed to bed, we had a long day ahead of us.

We got up at the crack of dawn.

The wedding was at 2 pm but between hair, makeup and getting dressed for 5 bridesmaids, flower girl and the bride we had to start the preparations early.

Everyone was so drunkenly excited because we had put so much work into ensuring that Kimona’s day was as special as the bond she shared with Jabari.

But Jeneka looked like she woke up on the wrong side of the bed because she was in a mood and on top of that, the Maid of Honour.

She literally had no interest in carrying out her final duties,

and I assumed that was because of last night’s conversation still lingering in her head.

Nevertheless, the show must go on and so I took up her duties to ensure that we kept on track.

“I’ll be upstairs when you are ready for me, I don’t need to be here right now,” Jeneka said and went on her way

The festivities continued and as the 2nd to last bridesmaid was about to finish,

I made my way upstairs to get Jeneka as she would be next and Kimona’s makeup had already started.

As I got closer to her room, I heard this excessive knocking as if she was using a tool to knock holes into the wall.

I called out for her but she never answered and so I pushed the door open with all my force and as I entered….

Jabari’s toned cheeks greeted me as he thrusted his big hard cock into Jeneka’s pussy.

That sound I heard was the banging of the bedpost on the walls and I thought if I could hear it then the whole house could.

“Are you guys out of your fucking mind!” I shouted

And only then did they realize that I was in the room.

They both looked at me, then back at each other and Janeka turned around and said

As he sank his cock in her pussy I could hear how wet she was and it started to make my nipples hard.

Jeneka looked back and said, “Come let me eat your pussy because you know you wanna fuck us!”

I was stuck between a rock and a hard place because of so many reasons, namely;

it was his wedding day, he was our friend’s fiance,

we were getting ready to stand beside them as they vowed to stay true to each other.

Then I remembered her last 6 months and 2 years ago in the club and in that split second,

I made my pussy available to Jeneka’s tongue.

As she slurped, licked, and sucked my clit he pulled on my nipples as he sank his cock deep in her pussy.

It was everything I could ask for at that moment but

so I could taste me all over his chocolate shaft.

and as she moved he slid that hard dick into my wet pussy and I felt it in my navel.

It was the most exhilarating pleasurable pain I have felt in a long time, and I knew my pussy need this!

We moved from the bed and kneeled in front of him, me on his shaft and she on his balls,

then we switched, then we were both places at the same time and he loved it.

He loved it so much that he grabbed both of us in our laced wigs so hard, they almost came off into his hands.

We were still cleaning him up with our tongues when he held both of us under our chins,

directed our head to look up at him and what he said was;

What He Said: Giovani

What He Said: Christian 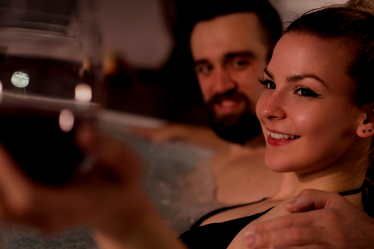